Launch of the First Phase of Maysan-Square Duqm 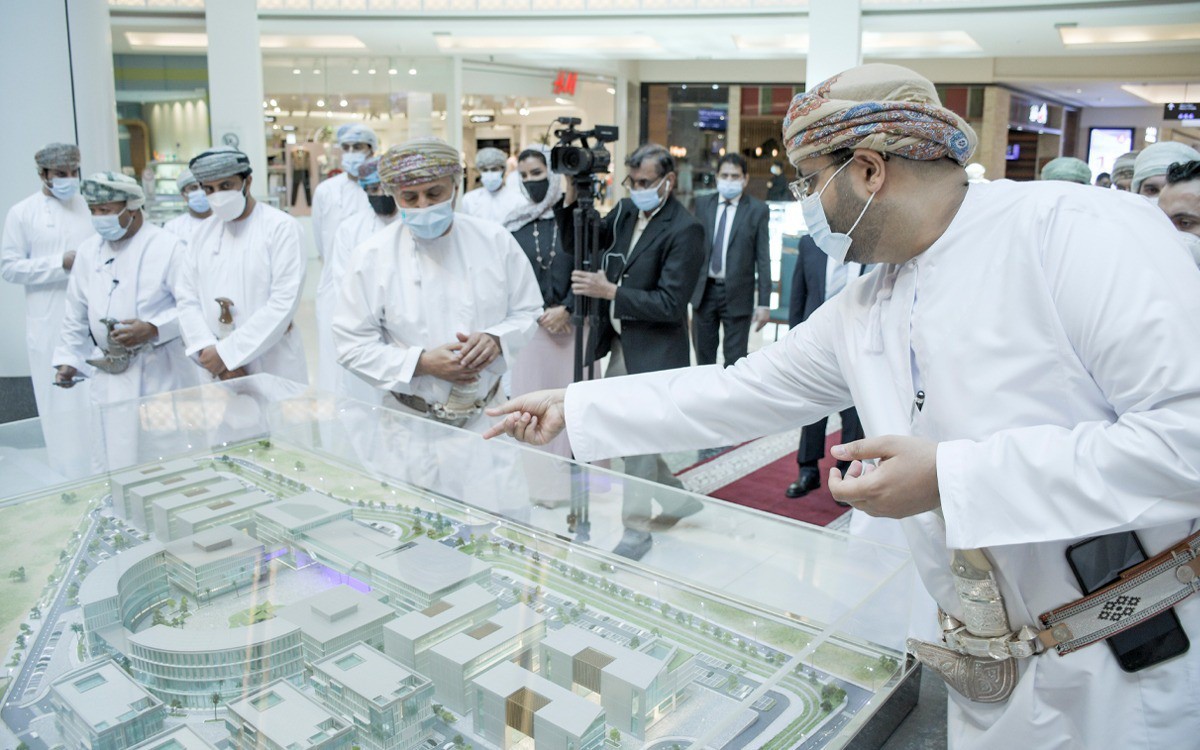 Maysan Properties SAOC announced today the launch of the First Phase of the "Maysan Square - Duqm" project, which consists of an office complex, residential apartments, a business hotel, entertainment venues and many other facilities that will be constructed in stages according to the growth demand in the Special Economic Zone of Duqm.

The event was held in Muscat City Center in A’ Seeb under the patronage of His Excellency Eng. Ahmed bin Hassan Al Dheeb, Deputy Chairman of the Public Authority for Special Economic Zones and Free Zone. The Chief Executive Officer of Maysan Properties, Sadiq bin Jaffer Sulaiman stated that the First Phase of the constructions will commence in the coming April, and is expected to be completed in the last quarter of 2022, explaining that the First Phase consists of an office complex consisting of 3 wings and comprising 229 commercial units and retail stores available for ownership under the usufruct system. The complex will be built on a plot of 12 thousand square meters, while the building area is 30 thousand meters.

In his speech, he added that the growth witnessed by the Special Economic Zone of Duqm encouraged the company to invest in the region, and it is expected that real estate activity will increase due to the expected growth of Duqm. He also added: The growth of the real estate market in any region requires business opportunities, growth in company establishment and population growth, and all of these factors are available in the Special Economic Zone of Duqm, so Duqm is seen as a promising real estate market for the next five years.

From his side, Engineer, Yahya bin Khamis Al Zadjali, in-charge of managing operations of the Special Economic Zone of Duqm, said that the project is one of the real estate projects that are consistent with the vision of the Special Economic Zone in Duqm in encouraging Omani companies to invest in the Zone, noting that over the past years, Duqm has attracted many real estate projects that are characterized by innovative designs that contribute at the same time to meeting the demand for office and housing solutions.

The Maysan-Square Duqm project is strategically located in the Center of Duqm, 10 minutes away from the port and 15 minutes from Duqm Airport. Office prices range between 27,000 Omani riyals and 50,000 Omani riyals according to their space that varies between 45 meters and 75 meters. The project will be equipped with security systems, central air conditioning, and smart management of parking lots and waste, with the provision of office furnishing service upon request. The CEO of Maysan Properties said that safety and civil defense measures had been approved, and the site plot has had geological studied and its soil was examined.

He pointed out that priority is given to the citizens of Al Wusta Governorate in general to own in the project as it was agreed with the Public Authority for Special Economic Zones and Free Zone to allocate an entire floor of the project to be marketed to them next March, besides giving them preferential prices, and the main contractors are directed to prioritize using Duqm made materials in the constructions works. The company will also start a marketing campaign for the project targeting regional and international markets such as the State of Kuwait and the Kingdom of Saudi Arabia.

It is worth to mention that Maysan Properties is a closed joint stock company, established in 2018 by Omani investors with expertise in the construction, real estate development and retail sectors. Since its inception, the company has implemented the "Rose Village" project in "Muscat Hills" and "Orchid Residence" in Al Mawaleh. The company is expected to deliver most of its projects during 2021.